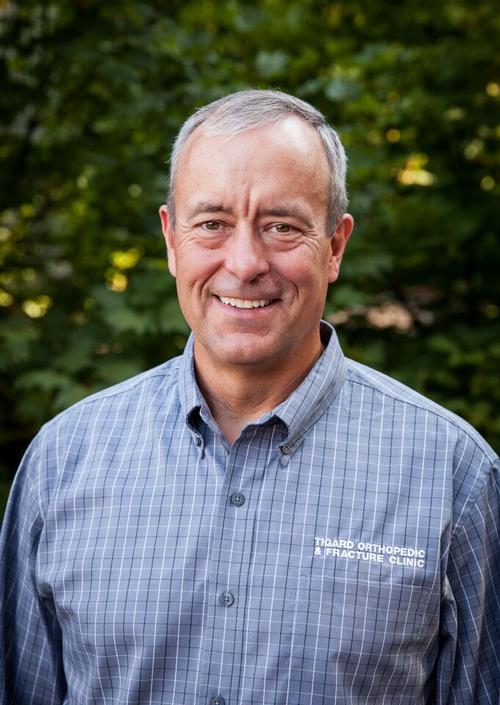 Ron Bowman MD is a native Oregonian.  He was raised on a family wheat farm in Northeastern Oregon and is intimately familiar with the demands and stresses of workers.  He completed his residency in Orthopedic Surgery in 1991 and returned to his hometown Pendleton, Oregon for several years, practicing general orthopedics – arthroscopic surgery, total joint replacements, trauma, and hand, foot, and ankle surgery.  He was first certified by the American Board of Orthopedic surgeons in 1993 and later received a Certificate of Added Qualification in Sports Medicine currently active through 2023.

Dr Bowman moved to the Portland, Oregon area and focused his practice on treating injured workers in 2003.  He is serving as the Chairman of the OR Workers Compensation Medical Advisory Committee after first being elected in 2004.  The Oregon State administration departments rely on this committee for advice on which available treatments should be allowed in the Workers Compensation system.  His practice is over 80% involved in treatment of injured workers – shoulder pain or instability due to rotator cuff and labral tears, knee pain or instability due to meniscal and articular cartilage injuries of the knee as well as ligament damage to the knee.  His treatments include the latest in biologics.  His focus includes not just accurate diagnoses and precisely performed surgery but also follows the injured worker in their journey from injury through often prolonged postoperative rehabilitation involving months of progressive therapy.  He views the provider and patient as a team with the goal of returning to the job at injury.

Dr Bowman’s clinic near Washington Square and in Salem includes Physical Therapy.  Most of his surgeries are performed at the Oregon Outpatient Surgery Center in Tualatin, with some at Providence Willamette Falls Hospital and Legacy Meridian Park Hospital.

In his free time Dr Bowman is an avid cyclist, having participated in several Cycle Oregon events.  He also enjoys golf and built a golf simulator in his garage.  He enjoys spending time with his family and pets.

Are you in pain? Don’t wait any longer to receive the care you need. Complete the form below to contact our doctors and request an appointment at one of our 14 convenient locations.